The possibilities are endless as long as we’re willing to take a chance on securing the correct one. The quickest way to lose a chance is to not take it at all. Doesn’t it seem that we fail at the same time that we don’t participate?

Success and failure are nothing more than outcomes. Taking a chance and putting in an honest effort is what counts. Never be afraid to take a chance. No matter what happens, you will be able to try again. However, you will leverage your past experiences this time, which is what matters the most.

Great things will require more skill and ability than we currently possess. We go beyond the boundaries when we aim to exceed them.

Don’t let fear of failure keep you from trying. Recognize that not taking a chance is no less than failure. Success comes from taking action. Don’t wait for anything and just get started. Every moment is an opportunity to take the first step.

Here are some quotes about taking a chance to motivate you to push yourself every day.

Failing to take a chance is no less a failure

Don’t let your fear of failure limit your vision

We hope these motivational quotes on taking a chance inspire you and help you to seize the right opportunities. Share your favorite quote in the comments below. 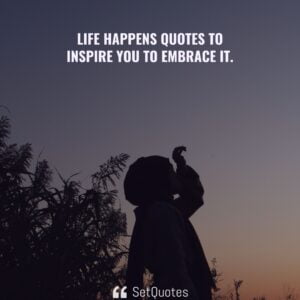