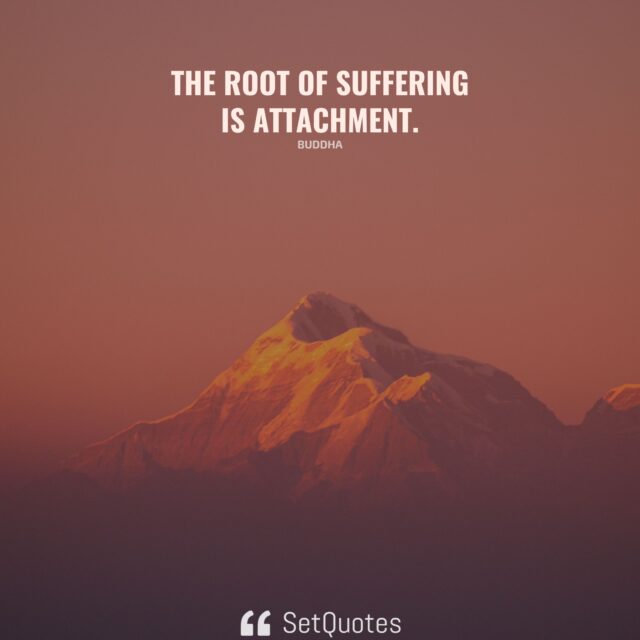 The root of suffering is attachment.
– Buddha

Attachment alone isn’t the root of suffering, it’s also how we extend our expectations when we get attached. Suffering is not always caused by attachment, but rather by desires.

Isn’t change a part of nature? Aren’t things meant to be changed no matter how hard we try? Aren’t we the ones who suffer when we resist change?

There’s nothing wrong with attachment, but there’s something wrong when we expect something from someone in a certain way. Doesn’t there seem to be a fine line between being attached and being dependent?

Things don’t always turn out as planned. Changes are likely to happen whether we want them or not. When we expect something in a particular way, we suffer the most.

Fear of losing something is the root of suffering

While losing touch with someone can be difficult, there are times when nothing can be done about it. As a result, accepting things as they are and moving on is the best course of action.

Happiness depends upon ourselves.
– Aristotle

Whether it’s happiness or sadness, it all depends on us, it depends on the way we think and perceive. Doesn’t it happen that sometimes our thoughts hurt us much more than the actions of others? Overthinking can sometimes lead to a negative outlook, doesn’t it?

Things in this world are meant to move and change, nothing remains static. What matters the most is not to dwell too much on something for an extended period of time.

People don’t always leave us on purpose. Their reason for leaving could be a new career opportunity, education, or simply a desire to settle somewhere else.

Nothing lasts forever, whether it’s a good time or a challenging time, change is the only constant in this world, regardless of whether we embrace it or resist it. Embrace the idea that there is no such thing as the end, because every end is often the beginning of something new.

Every exit is an entry somewhere else.
– Tom Stoppard 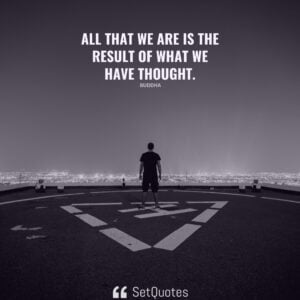 All that we are is the result of what we have thought.

The mind is everything. What you think you become.

Do not dwell in the past, do not dream of the future, concentrate the mind on the present moment.