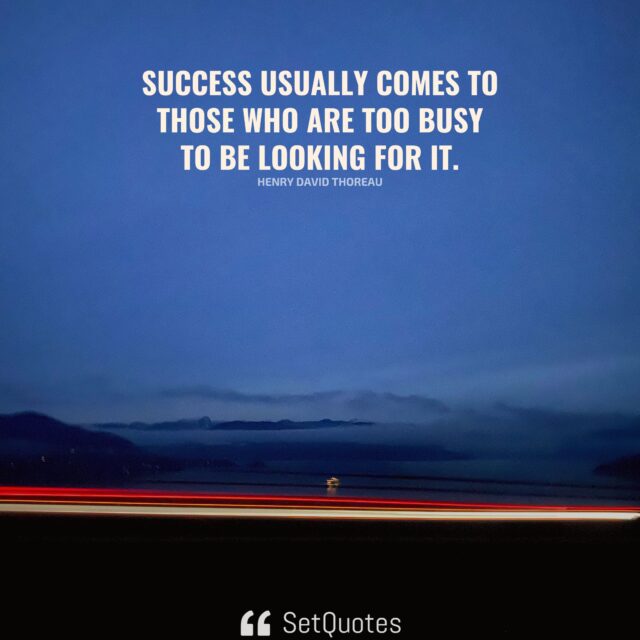 Success usually comes to those who are too busy to be looking for it.
– Henry David Thoreau

The wisdom is to know that success and failure are the byproducts and not the end results. They are a part of the journey, not a destination. Success or Failure is nothing more than something which occurs on its own as a part of the process.

But, It doesn’t mean that success or failure doesn’t hold any significance, both acts as an indicator and they are a reflection of our execution or efforts.

Success simply means to keep up continue the journey and adapt to the new changes to further refine everything. While failure means to self-reflect and re-evaluates the efforts, learning from them, and trying again.

Getting success shouldn’t be your primary goal. Instead, you should just keep focusing on the roadmap and keep putting in efforts that can pull you toward the first milestone. And as a result, success will occur on its own by simply focusing and executing according to your planning.

Don’t hope for success, work for it.

Don’t let success be your primary goal. Instead, plan out your execution, then set milestones. And to meet those milestones should be the first priority. After meeting those milestones, then evaluate if the results are closer to what you’ve projected, this is what will define the true success.

But, isn’t it that success is subjective?

For example, what someone else would consider success might not the same for you and vice versa. And that’s why setting and meeting the milestone and getting the expected results is what truly defines it.

Set your goals high, and don’t stop till you get there.
– Bo Jackson

Having a primary goal of success without a plan is nothing more than a wish or a daydream.

Those who have achieved something significant aren’t likely the ones who worked and aimed for success, instead, they have likely worked toward the goals they set. And to keep up with the planning is what sets them apart from the rest.

As an example, don’t strive to become the most popular youtube or content creator. Instead, you need to plan out your steps and set the milestone of achieving your first 10K subscribers by putting into effort what can really engage the audience.

Hence, this is what brings clarity to your vision. As soon as you reach the first milestone, you will always set the next higher one and keep moving forward.

Success usually finds those who are too busy to look for it.

Success usually comes to those who work hard for it, especially to those whose primary goal is not to get success but to follow the path they have planned in order to get to where they want to go.

In most realistic scenarios, hoping for something will not work for sure. The tried-and-tested formulas are planning, execution, hard work, and perseverance.

With hard work and dedication, anything is possible.
– Timothy Weah

It is as simple as to keep doing in a constant manner and to Improve as well, as time goes. But, great planning and a realistic approach are what it takes. Praying or hoping for anything doesn’t work always, be strategic about your plans which can truly bring the results you want.

Remember, success is something that can be too broader and It can be subjective as well. As an example, does having the goal of getting success do brings any clarity?

Clarity can be achieved by planning, and planning is possible when one has clear objectives. When one simply sets out to be successful, they tend to find it hard to become it, as the main purpose and objective aren’t clear.

Dreams need to be tied with great goals, and great goals require dedication, determination, and planning. A proper roadmap is essential to keeping on track.

When it comes to success, it usually does not come to those who strive for it. Instead, it comes to those who work towards achieving their goals, which can lead to milestones. After reaching the milestone, moving on to the next one is the key factor to success.

Don’t let success or failure be the endpoint of the journey. Let success inspire you to work even harder and smarter to reach the next goals. While let failures make you humble and teach the true meaning of success, learning from our own mistakes is what brings great results.

We generate fears while we sit. We overcome them by action.
–  Dr. Henry Link 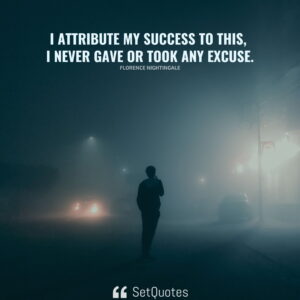 I attribute my success to this – I never gave or took any excuse.